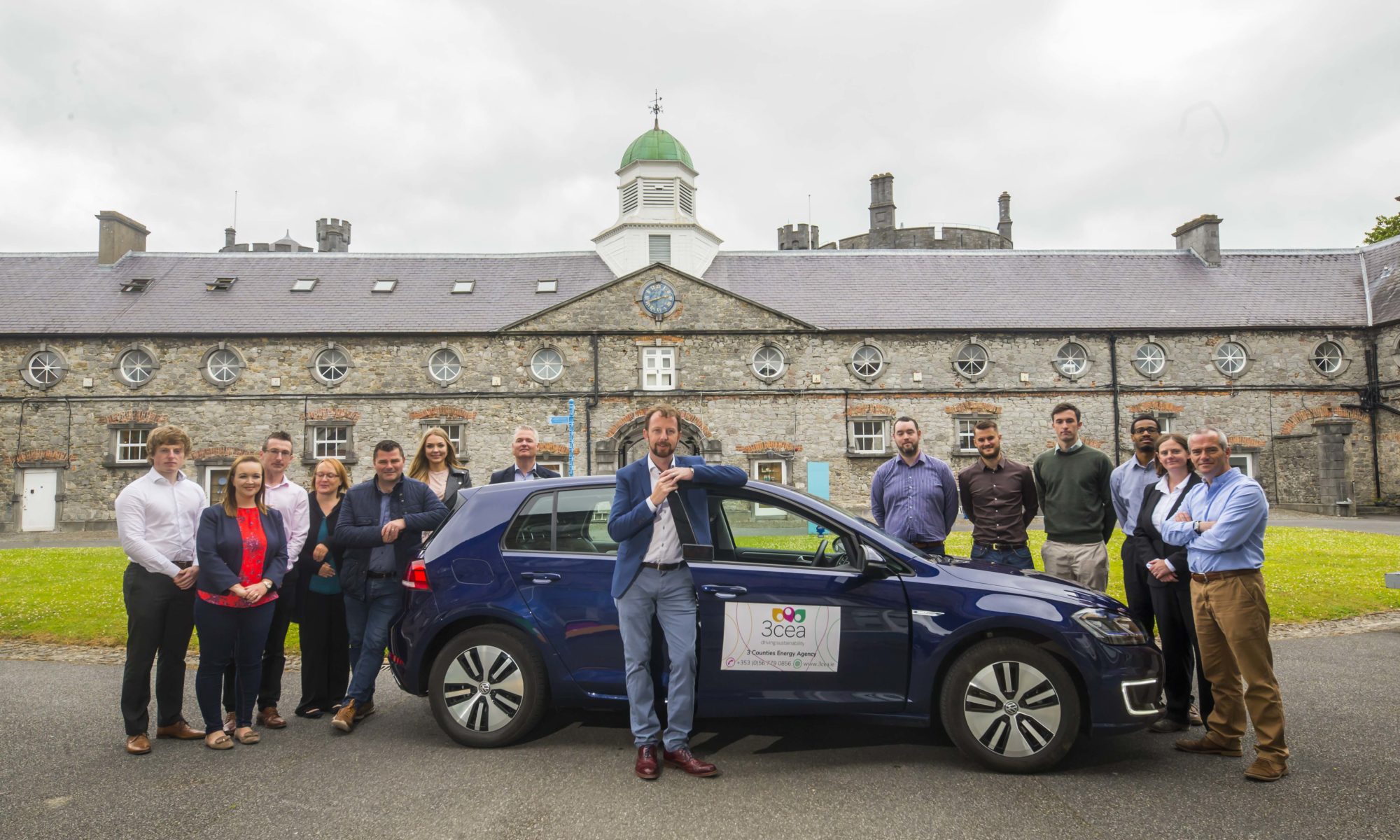 Latest figures released both by 3CEA and the Sustainable Energy Authority of Ireland (SEAI) show that Kilkenny continues to be one of the most energy efficient counties in Ireland.

The Kilkenny-headquartered 3 Counties Energy Agency (3 CEA) has enjoyed one of its busiest years on record and is helping a growing number of home owners, businesses, community groups and organisations as well as local authorities and churches even to reduce their energy costs and cut down on harmful carbon emissions.

Latest figures released both by 3CEA and the Sustainable Energy Authority of Ireland (SEAI) show that Kilkenny continues to be one of the most energy efficient counties in Ireland with growing numbers of home owners snapping up energy grants, availing of free energy poor home upgrades and carrying out deep retrofits.

Many more are investing in electric cars and upgrading their businesses or community premises. They’re using greater insulation, more efficient heating systems, solar power, energy controls, better windows and doors, LED lighting and so much more to cut their energy bills and impact on the environment.  It’s an encouraging trend a year on from when the former Carlow- Kilkenny Energy Agency added Wexford to the fold to become 3 CEA.

Last year, 3CEA completed several large Better Energy Community Projects in Kilkenny, with the help of grant aid from SEAI. It worked with the Irish Wheelchair Association to make its 1980s headquarters more energy efficient. It consumed lots of electricity, oil and gas. 3 CEA oversaw works which included improving attic and wall insulation. The improvement works cost €5,000, €2,500 of which was grant aided. The Irish Wheelchair Association is now saving €4360 per annum on its energy bills.

Works at Castlecomer Library included heating works which cost €15,000. A third of them were grant aided and the library energy bill fell by €1,220 per annum.Works were also carried out at Ballyfacey National School in Mooncoin to reduce their consumption of oil for heating purposes.3 CEA helped them to replace their oil with a high efficiency condensing model and split the school into four heating zones. Works cost €17,600, of which €8,800 was provide in grant aid.

Works were also carried out at a catering foods unit at Pococke House. Solar panels costing €10,000 were installed. The project was grant aided to the tune of €3,180. The company is now saving over €1,200 per annum.

At Mount Carmel Nursing Home, a high efficiency condensing oil boiler was added and LED lighting installed. Solar panels were also added. In all, €23,000 worth of grant aid was provided for the €46,000 works. Mount Carmel is now saving close to €5,000 in energy bills each year.

Another project saw the 40 year-old boiler at St Canice’s Church replaced with a high efficiency natural gas condensing boiler. The works cost €24,000. 3 CEA helped secure a €12,000 grant for the works and their energy bill is down over €2,600 every year.

Senior Engineer with 3CEA, Alexandra Hamilton, said because they’re a not-for-profit business, clients get product-independent advice from an expert team of energy engineers which always has their best interests at heart. But she says they are still astounded by the number of people, communities and businesses who don’t know about the grant supports readily available to help finance works.

“We applied for grants totalling €2.2 million for our service users last year, saving them approximately €0.5 million on their energy bills. Most of these were across our three core counties of Kilkenny, Carlow and Wexford. But a number were in the midlands.

“If people are planning works for 2020, they need to get their energy audit done now and to get in touch. Lots of people want to carry out upgrade works. They want to be more environmentally friendly. But they don’t know where to start. That is where we come in. We will take them through what needs to be done, what grants they can apply for, how they can best save money on energy and save on emissions.”

Building regulations now require that heating, lighting and ventilation upgrades are part of the fabric of major renovation works. “Lots of people doing major renovation works don’t realise there are grants available for certain pieces of a project. If they come to us, we can show them how to achieve the best results and get funding help.

“Housing will continue to be our biggest area of growth for the coming years. We need to get all houses up to a B2 energy rating. Under the Deep Retrofit, the grade is even higher – at A2. So if anyone is planning development work, they need to get in touch now.

3CEA, formerly the Carlow Kilkenny Energy Agency is transforming the energy landscape in the region.  Adding Wexford to the group has given them the scale to achieve their ambitions in energy efficiency and renewable energy by 2030, CEO, Paddy Phelan, says. It also builds on the Energy Agency’s significant successes since 2002 in delivering €8.6m in avoided energy consumption since 2013 for the area. He says that while local authorities in the region have done much to achieve lower C02 emissions by 2030, individual counties working under the Sustainable Energy Action Plans need to step up across Transport, Agriculture, Industry and Community.

“Establishing the 3CEA was a logical vehicle to make this happen. Energy consumption reductions and emissions reductions are made more efficiently and quickly in a trinity scenario and 3 SECAPs (Sustainable Energy and Climate Action Plans) are better delivered.

“Everyone in this area, be they a multi-national or a home-owner in a semi-detached house, will benefit from the low carbon, energy efficient hub for business this creates. It establishes a unique ecosystem across the three counties which will be similar to the environment created by the world-renowned Berlin Energy Agency. It will be a major boost to a part of the country which has traditionally lagged behind the rest of Ireland when it comes to job creation,” Mr Phelan added.