Carlow Kilkenny Energy Agency have taken the first steps to developing Regional Data as part of the Data4Action partnership, more specifically for the counties of Carlow and Kilkenny.

The aim was to gain specific information relative to local communities to assist in the promotion of sustainable energy practices and create more tangible Sustainable Energy Action Plans.

The data is presented at a national level in the units of kToe, kilo Tonnes of Oil equivalent. In order to make it more universally accessible, the data was then converted to Gigawatt Hour (GWh), in complement to the Data4Action process.

The images below show some draft results. This initial process, while still in draft phase, has offered some insight for focus in the development of future Sustainable Energy Action Plans. 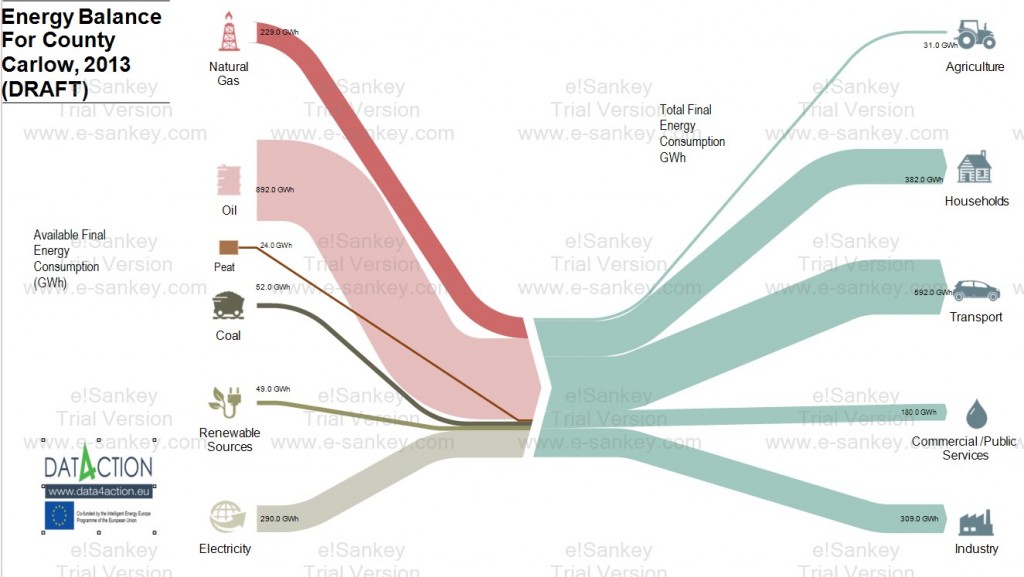