The problem we are addressing

Large groups in society, such as pensioners, students and refugees, do not benefit from the progress made in energy efficiency technologies and designs. They live in substandard / energy-high / oversized homes. There is a mismatch between household evolution (downsizing) and housing stock (oversized & inflexible) and its evolution.  The traditional building culture does not provide solutions for smaller dwellings. Energy and resources saving solutions are aimed at larger family-homes with higher energy costs and consumption.  Small low-energy budget homes have great potential in reducing domestic energy use.

The Housing 4.0 Energy project will open the door for a whole realm of possibilities in the current housing sector and in turn improve energy efficiency and quality of life—not just in Flemish Brabant, but throughout North West Europe. On the 18th of June, H4.0E project partners convened in Leuven, Belgium—home base of Lead Partner, the Province of Flemish Brabant—to kick-off H4.0E and outline the next steps for implementing this exciting new project.

As part of the H4.0E Project, 3cea launched our H4.0E Workshop Series. This series was directed towards policy makers and drivers, those involved in housing construction, as well as any interested parties and stakeholders. The series began January 26th and occurred weekly until March 2nd where we closed the series with a panel discussion.

The theme for this workshop series was ‘How the low carbon approach of H4.0E can fit the Irish Construction Policy Context.’

All the slides and recordings for the events are below.

In this workshop, 3cea gave an introduction to H4.0E and the online material available through the project. Speaker Ralf Kampe also introduced the H4.0E principles of low carbon material, low carbon construction types, first fabric approach, and the benefits for stakeholders.

Click the video to watch the second event of our Workshop Series titled: Mass Timber Solution and Circularity presented by Florian Thoma from Thoma Wood100. The theme for this workshop was: Glue-less Mass timber solution and circulation; digitalisation of the design and manufacture process

Click the video to watch the third event of our Workshop Series titled: Use of the H4.0E Platform presented by Alastair Parvin from Open Systems Lab. The theme for this workshop was: Digitalisation of the Design Process to Achieving H4.0E nZEB/ZEB buildings.

During this workshop, Alastair Parvin showed attendees the platform, how it works, and how to use it. The topics to be discussed include the platform’s structure and principles, DfMA, design process, supply chain, platform output and exchange, and the benefits for the stakeholder.

During this workshop, Barry McCarron discussed H4.0E Fabric First and Passive House principles and its benefits for stakeholders including building fabric, air quality, insulation, and ventilation.

Click the video to watch the fifth event of our Workshop Series titled: Efficient Up to Date Building Supply Technique presented by Barry McCarron from South West College. The theme for this workshop was: Achieving low carbon & affordable & small H4.0E-nZEB social housing units.

During this workshop, Barry McCarron built on and went into deeper technical information on the previous workshop which looked at Passive House principles and the Fabric First Approach.

Click the video to watch the final event of our Workshop Series our panel discussion with:

The main theme for this panel discussion was: “Why is Ireland so far behind in adopting low carbon and low energy buildings and how do we change the situation?” 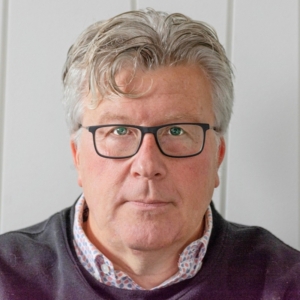 The H4.0E Ambassador Programme is an integral part of ensuring the long-term goals for the project are met. The first ambassador announced by the Province of Vlaams-Brabrant (Flemish Brabant) is Chris Troniseck, a partner of Locus Architects who joins us as a non-technical H4.0E Ambassador. Chris is a self-employed architect since 1982, a partner of Locus Architects (1999-2009), and the owner of c58 architectenvennootschap (c58 bvba architects company) (2009-2019).

Since 2011, Chris has acted as a project leader at social housing companies. As a H4.0E Ambassador, Chris shall leverage his years of experience as an architect and in the social housing sector to increase awareness and understanding of the H4.0E project.

Additionally, Chris Troniseck has been working on the development of an urban, hybrid core hub for some time, which is centred on affordable housing for singles and very small families.

He has contributed to various social housing projects in areas designated for small-scale housing development under a spatial implementation plan. Chris’s involvement in the H4.0E project comes from his continued interest in pragmatic and economical approaches to all things building technology.

Also, Chris Troniseck stands behind the belief that the energy crisis and resulting energy transition can only be meaningfully “dealt with” in conjunction with all the other factors involved in building housing and living in Europe (i.e., quality of life, prefabrication, circularity, affordability). 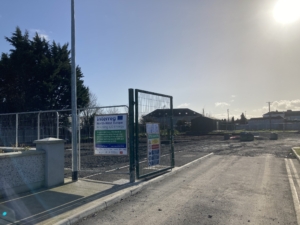 Construction has begun 8 new energy efficient homes in Carlow & Kilkenny that are part of a NWE Interreg Housing 4.0 Energy (H4.0E) an EU project to lower embodied emissions in house builds and in time reduce the cost of construction by utilising a Design for Manufacture and Assembly (DfMA) model and ensuring the houses are built to nZEB (near Zero Energy Building) standard by using prefabricated timber-frame closed panels or low-carbon GGBS cement composites and energy-saving efforts like installation of Photovoltaic cables and heat pumps. The 2 bedroom and single bedroom houses are located in St Mary’s court in Carlow town, in Mullinivat and Graiguenamanagh (at the old Fire Station) in Co. Kilkenny.