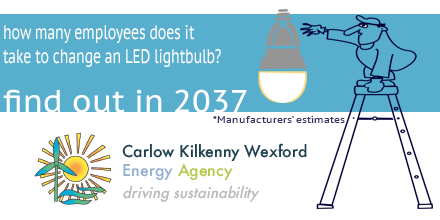 As part of our new ‘#energytip’ series we are encouraging businesses and home owners to replace the previous generations of ‘low energy’ bulbs, including the popular CFLs with the new generation LED range. In a comparison of a 16W LED bulb with a 23W CFL, both giving the equivalent light of a 100W incandescent bulb the LED made up for its initial higher cost after 3 years. The savings begin to be really noticeable when the CFL needs to be replaced after 4 or so years*. 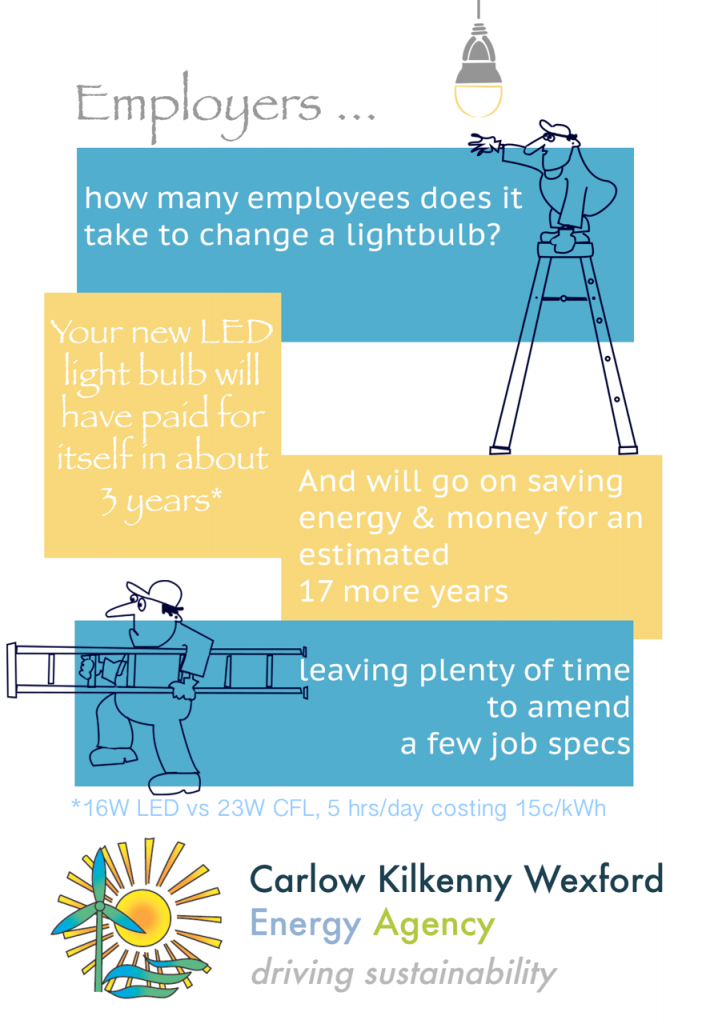 Replacing an old bulb with an LED equivalent is, in most cases, a simple matter of a straight swop. However, traditional fluorescent lighting requires ballast where LED does not and we suggest that an electrician is consulted in advance. Lighting upgrades can be considered for grant aid when in conjunction with other retrofit measures, see http://3cea.ie/bec/ for more information.

The LED bulb has an estimated life span of 20 years leading to savings not only on energy but on maintenance also. And for those of you who still associate LED lighting with the harsh, cold light of its early incarnation, fear not as it has moved on a long way. The hue or perceived warmth of a light is measured in Kelvin. A Kelvin of between 2700 and 3000 is in the warm spectrum suited to homes and offices where lighting for comfort is required. The Kelvin on a bulb is available on the packaging but most manufacturers also use descriptors such as ‘warm’ or ‘soft’ and these bulbs are within the comfort range.

Please dispose of CFL bulbs in accordance with manufacturers’ recommendations as they contain mercury.*Our comparison, see infographic below, is based on current RRP, a bulb being on for 5 hours a day, with an electricity rate of 15c per kWh. 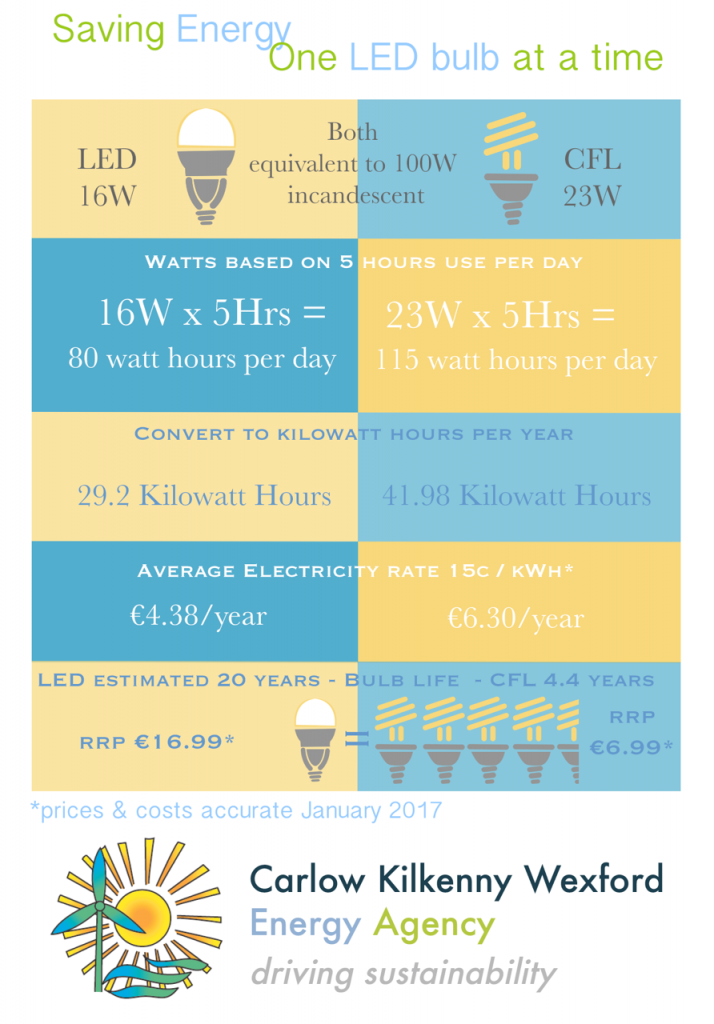