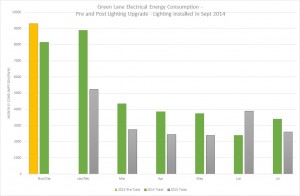 The brief for this task was simple the installation of two lanterns, with energy efficiency lighting powered by an off grid solution. The proposal was to install LED lighting linked to a Solar PV panel. The following outlines the steps taken to install the homemade solar PV lighting. 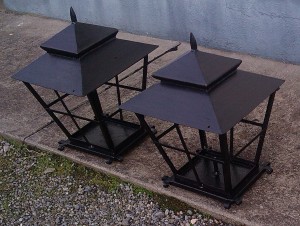 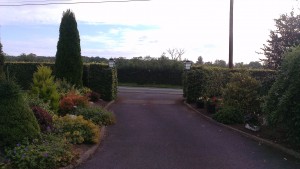 The PV panel was installed on the stand this was then connected to the battery box underneath. The battery box contains the photocell on the outside with the batteries and solar controller located in the box. 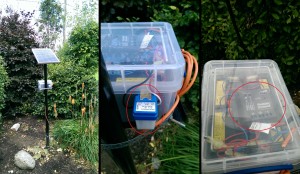 The photocell allows the lights to switch on at night. This can also be achieved using a timer or the PV as a photocell. 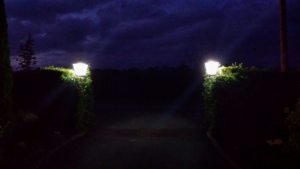