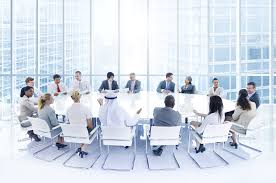 The initial Regional Roundtable was held on 28th August 2014, in Kilkenny. The morning opened with an introduction to Data4Action. The EU Project structure was new to most people present at the event. An introduction was given on the partners and the roles that each will play in the project for it’s duration. The main aim of the morning to introduce the concept of a Regional Energy Observatories and the important role that this will play going forward in the development of Sustainable Energy Action Plans. Most attendees were in some way, directly and indirectly linked to data. Some of the attendees included software developers, college representatives, local authority representatives, utilities and measurement and verification professionals.

A brief outline was provided to the attendees as to existing data that is available at National Level. Interesting discussions were held throughout.

Some of the key items that were raised in the creation of a Regional Energy Observatory were:

It was identified that Regional Energy Observatory would need to be future proofed to ensure the longevity of the product.

It was noted that drivers needed to be created to ensure that data flow was always present and thriving.

The question of needs of the attendees was also raised, in respect of a Regional Energy Observatory. The following were some of the needs notes:

We will be hosting further Regional Roundtables in the near future so if you wish to attend please contact Elizabeth Cosgrave at ecosgrave@ckea.ie

Want to join the discussion?
Feel free to contribute!